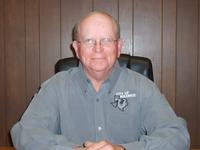 The City of Muleshoe is a Home Rule city with a city manager form of government. The city was incorporated in 1926, became a Home Rule city in 1960, and is governed by a Mayor and four Council members elected from districts. The city’s current population is 5,158 – and growing the population represents an 13% population increase from the 2000 census.

The Muleshoe Economic Development Corporation has been successful in developing the dairy industry in Bailey County. There are currently 14 dairies in the Muleshoe trade area.

The MEDC has also been successful in attracting and retaining jobs in other areas such as L&L Pallet, Muleshoe Sports Academy, Muleshoe Pea & Bean, Texas Boll Weevil, Shafer Nursery, Williams Athletics and Office Supply, and the Muleshoe Center for South Plains College.

The success of the city's economic development efforts has resulted in new retail business as well as the expansion of existing business. Muleshoe has seen the opening of 2 new restaurants, a feed store, body shop, and irrigation service during the last few years.

Muleshoe is home to several annual events sponsored by the Muleshoe Chamber of Commerce and Agriculture that attract participants and attendees from all across the United States and even a few from foreign countries. Those events include:

The City of Muleshoe is actively working with contractors and developers to develop low and moderate housing for the growing workforce.

The Muleshoe Area Educational Foundation, Texas WorkSource Commission, Muleshoe Area Medical Center, Muleshoe ISD, the City of Muleshoe, and Muleshoe Economic Development Corporation partnered with South Plains College to establish a Muleshoe Center for South Plains College. This distance learning initiative will offer college level courses locally through Interactive Television, the internet, and instruction from local educators. This is a significant step for our community to be “growing our own”.

Muleshoe is the home of “Ol Pete” the National Mule Memorial. “Ol Pete” was invited and attended the first inauguration of President George Bush in 2001.

The aggressively progressive nature of the citizens of Muleshoe is perhaps best stated by Tom Landry of L & L Pallet Supply when he stated:

“Proactive describes Muleshoe the best. I was looking at various places to locate my business so I could diversify and I found what I was looking for right here. They’re outside the box thinkers in this town and that is a little unusual for its size.”

We will be looking forward to your visit to Muleshoe in the very near future.